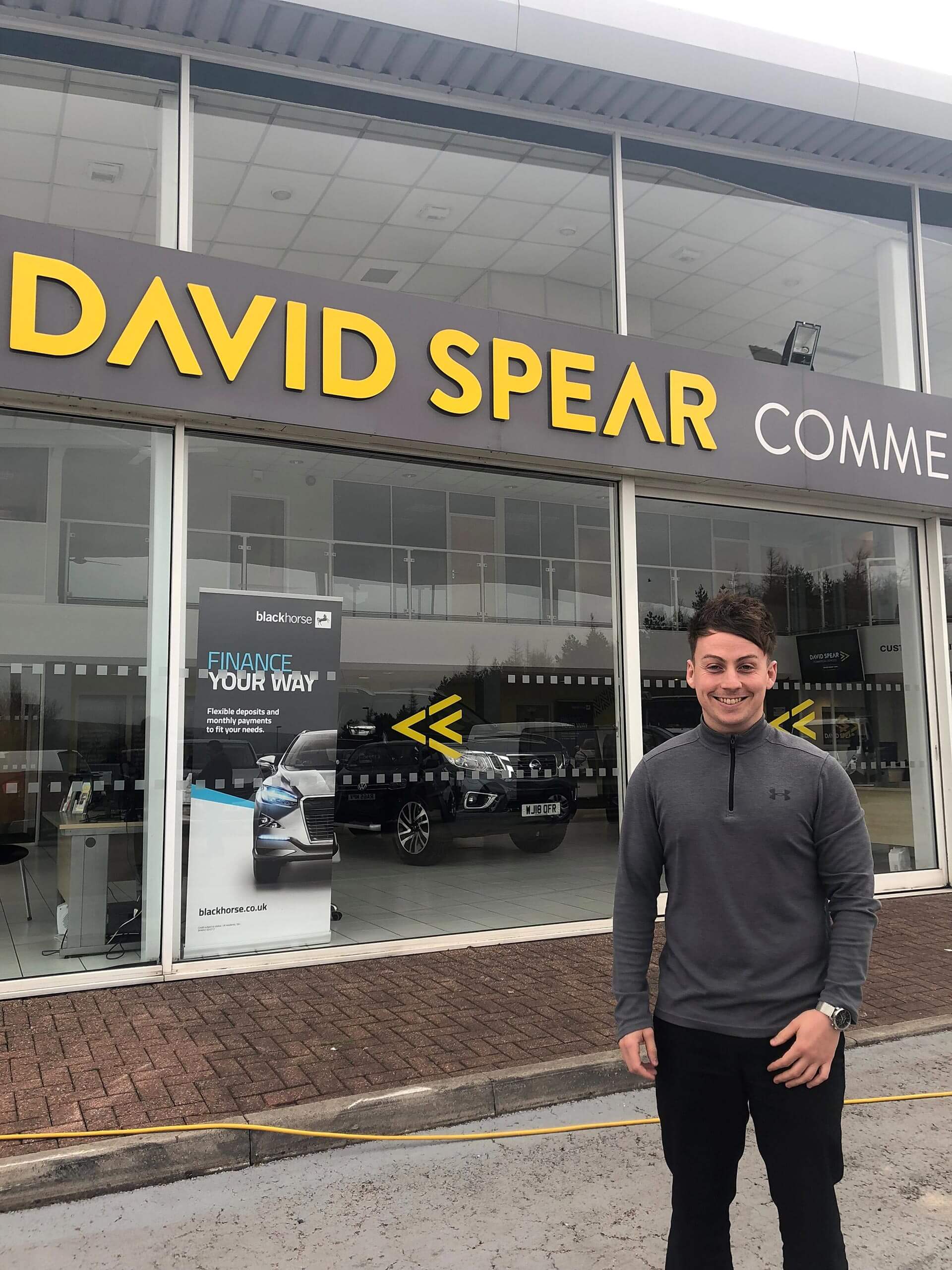 Van specialist David Spear Commercial Vehicles is no stranger to the fundraising scene. It is however one of their employees that will be making a stand to raise money for leading dementia support and research charity Alzheimer’s Society on 24th June 2018. Sales Executive Lewis Parfitt will be joining thousands of runners for the JCP Swansea Half Marathon this summer, and he’s already firmly on course to hitting his fundraising goal of £1,000.

Lewis will be raising money for one of the race’s headline charities, Alzheimer’s Society. This organisation is the only UK based charity investing research into dementia care, cause, cures and prevention whilst working to meet the needs of people affected by dementia. The charity is extremely important and one very close to Lewis’ heart, as currently some of his close family and friends are battling with the strains of the disease.

“The fact that I am raising money specifically for one of the diseases that touches my family has been really encouraging through my training. This marathon means runners are keeping fit and creating awareness for good causes at the same time, it’s brilliant,” added Lewis.

The JCP Swansea Half Marathon is back for its fifth consecutive year. The race draws in thousands from all over the world, with the course running alongside 6 miles of stunning coastline. Last year, 8,000 participants took part with athletes travelling from as far as Argentina and Brazil to participate. Previously the race has attracted some famous faces, such as Broadchurch actress Eve Myles, ultra-marathon winner Lowri Morgan, and sports personalities like Shane Williams, Ryan Jones and Ian Gough.

“Preparation for the all-important race has been at the top of my agenda, in fact I began my strict training regime several months ago. I’m excited to get started with the race, running alongside individuals of all abilities to contribute to great charities and causes. My team at David Spear will also be offering support and encouragement from the side lines on the day,” concluded Lewis.

You can support Lewis and donate towards the Alzheimer’s Society by visiting his JustGiving page at https://www.justgiving.com/fundraising/lewis-is-raising-money-for-alzheimers-society.

Our site is open:

Reach us on the phone: