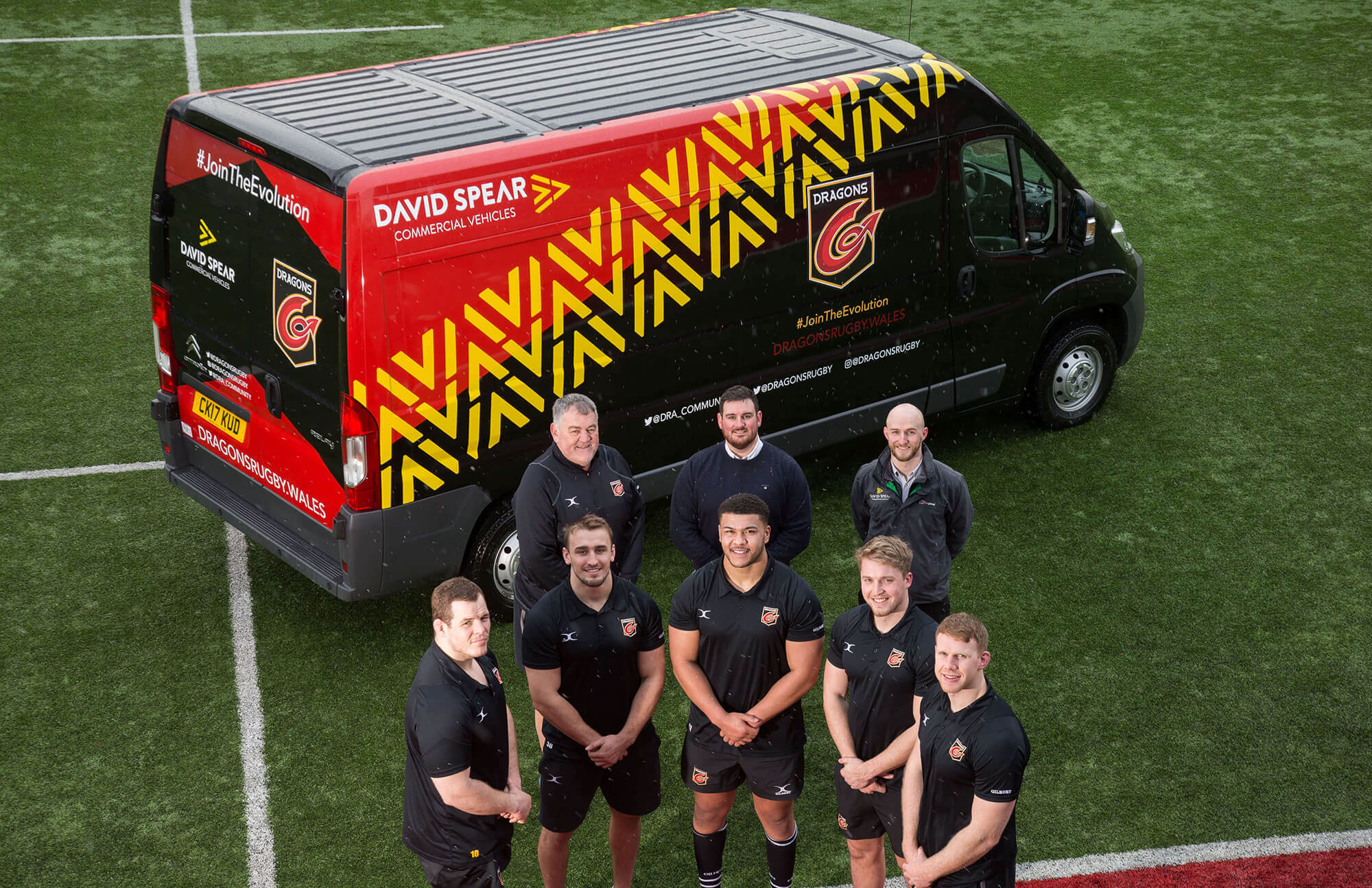 Award winning commercial vehicle dealer David Spear is pleased to announce that they have agreed a new deal with Dragons for the 2018/19 season. The new deal marks 10 years of sponsorship with the Dragons, after David Spear signed their first deal with the region back in 2007.

“Our ethos for giving back to the community is no secret, but as the official club of our home region, our sponsorship of the Dragons is an extra special and long running commitment of ours. As well as being fans ourselves, we’ve always admired the Dragons’ support for young, local players, giving lesser known names but formidable talent the opportunities they deserve,” said Director David Spear.

In addition to giving young, local rugby players the chance to showcase their talents on a national stage, the Dragons are building an enviable squad. Celebrity and international player Gavin Henson is currently the highest profile player, whilst the Dragons have recently signed Richard Hibbard and Ross Moriarty, both Wales and Lions internationals to join their crop of young Welsh talent.

The Dragons have made no secret of their intentions to strengthen the squad further for next season with head coach Bernard Jackman stating the region’s interest in signing George North to join up to a dozen other new players at Rodney Parade next season. The team reshuffle comes just months after the Welsh Rugby Union took over Dragons after reaching a ‘heads of terms’ agreement.

“As the official van supplier for the Dragons, our sponsorship deal includes the supply of a Citroen Relay for Team Logistics Manager Jeremy Vizard to move kit and equipment across the UK and Europe. We also have the privilege of sponsoring two players for the season. We are extremely proud to be sponsoring the Dragons in the forthcoming season, and with news of new additions to the club it’s set to be the most exciting yet,” concluded David.

Head Coach Bernard Jackman said, “Our squad is tested against the best in Europe week in, week out and it’s essential for our  preparations that our team logistics are able to support the playing squad in comfort and with reliability as we clock up the miles each season.

“It’s great to have such long standing support from a market leading firm such as David Spear and we look forward to continuing our partnership in the future. They’re passionate about rugby and the Dragons so we’re delighted to get their backing on the road to help us deliver on the field.”