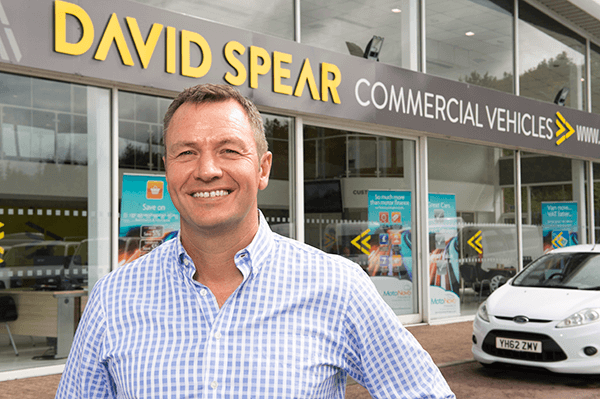 September’s LCV registration findings left many commercial vehicle dealers disappointed, and it appears the theme is set to continue in light of the latest statistics from the Society of Motor Manufacturers & Traders (SMMT). The demand for new vans has declined further, falling by 7.4% during October. 24,968 units were registered last month, resulting in year-to-date van registrations declining by 3.5%. Just 307,647 light commercial vehicles have joined British roads so far this year, and 2017 registrations are predicted to decline further by 2.8% on 2016 levels.

The national trend of declining light commercial vehicle registrations and falling business confidence however is nowhere to be seen a little closer to home. Tredegar headquartered commercial vehicle dealership David Spear had their best month to date this October with unit sales up by over 50% on last year. The company, who recently secured and fulfilled a contract worth over £750,000 with Owens Group, has also reported a 26% sales growth year-on-year, a far cry from the negative figures reflected by dealerships across the rest of the country.

“Our new showroom in Cardiff plus various developments at our Tredegar headquarters has meant we can provide a better service than ever to our customers. Our stock is also second to none, with a selection of carefully sourced vehicles always providing great investments for sole traders, business owners and fleet managers. Our primary aim to deliver quality and value ensures we remain competitive, even in the face of national LCV registration declines,” said David Spear, Owner of new and used van dealership David Spear Commercials.

In addition to conducting daily price checks to ensure they provide highly competitive prices every time, David Spear Commercials credits the success of its national and regional marketing campaign which has seen their brand connect with customers across the M4 Corridor, Wales, South West England, the Midlands and the rest of the country.

Nationally registrations are down across all segments, apart from pick-up registrations, which increased by a modest 0.5%. The fall in demand for smaller vans was the steepest at -20.2%, whilst vehicles weighing 2.0-2.5T and large vans fell by 14.6% and 5.2% respectively. SMMT Chief Executive Mike Hawes commented that these recent declines were not unexpected, particularly due to their recent revise of the new van forecast, and David Spear holds the same opinion.

“Generally we detect a slowing in the market which we believe reflects political and economic uncertainties. By monitoring the market carefully and collaborating with our marketing partners we have been able to turn these trends on their heads and realise significant growth again despite challenging conditions,” concluded David.